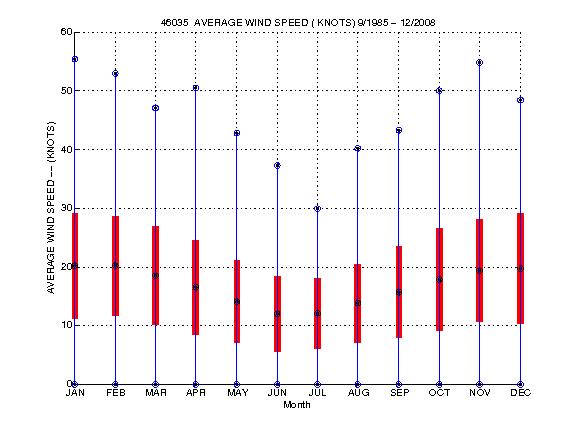 We’re a few days into Spring, at least according to astronomers. Last Wednesday (3/20) was the Vernal (Spring) equinox–equal night, equal day. While the flowers may be blooming many places in the Lower 48, such traditional signs of spring are a long way off here in the frozen north. But here are a few signs of the season for this equinox time of year in Alaska:

Alaskans now have more daylight than the rest of the country…more than anyone farther south. Here is a table for the 19th and 20th for sunrise, sunset, length of sunup and minutes of change  [data from the US Naval Observatory. note: times are not “corrected” for Daylight Saving Time]:

If you look closely at sunrise-sunset statistics, you may notice several quirks about the equinox.

I’ll share my explanations at the bottom of the post, so you’ll have time to come up with your own in the meantime if you want to.

The other lights (aurora borealis) & australis

For reasons that have only recently begun to be unraveled, there is historically an increase in aurora activity around the equinoxes. With recent clear weather in many parts of Alaska and the fact that we are near the peak of the 11 year solar activity cycle, now is a good time to get out and look for the lights. In fact, if you don’t get to see the northern lights in the next few weeks your chances might be low for a very long time (unless you live in the very far north or south). Why? First look at the table above. Darkness is vanishing quickly in polar regions. You can’t see the aurora without a dark (and clear) sky. The other ingredient for seeing the arctic/antarctic light show is solar storms. I mentioned we are near the peak of the solar cycle. Yes, but we are apparently past the peak, and the peak was a puny one. The smallest in around a century, actually. (See graph below). Predictions of solar cycles are quite fallible (in 2003 NASA predicted the current maximum would be the strongest in 50 years), but there is fair amount of correlation to past patterns of weak solar cycles, and some signs only observable with modern solar observing instruments point the same way. So, it is possible that the next few solar maxima could be even weaker or virtually absent! By August or September when it is dark enough again in Alaska and other northern areas, the solar activity could be decreased by quite a bit, unless there is a secondary peak as has happened in the past. There will still be auroras, but they will likely be more confined to the high magnetic latitudes, meaning fewer chances to see them even in Bethel, Anchorage and Southeast Alaska, and less likely yet farther south. Nobody knows for sure. Next winter could be good for auroras anyway. But the trend is downward. Time will reveal the specifics.

Much of Alaska has had a break from strong storms lately. This is not uncommon as Winter winds down. So why do people talk about “equinox storms,” coming on strong at this time of year, and also around the Autumn equinox. I have not done a extensive study of whether there is a unusual increase or decrease in storms around the equinoxes, and not sure if anybody has. My experience has led me to think there does tend to be some potent weather systems around the equinoxes, but they are more likely to track farther south at this time of year (not so during the fall) and more likely strike  British Columbia, Washington and perhaps Oregon. One of them recently went through down there. In Alaska, we’re often on the north side of these lows, meaning colder, drier weather but often with outflow winds along the south and SE coasts (example given below). That, in conjunction with somewhat warmer temperatures and increased daylight, sure feels like “more settled” weather. Looking at climate data for wind, I have not found evidence for a “dip” in wind speed in March, just a decrease in keeping with the gradual progression toward the weak weather systems of summer. These two climatological summaries are from weather buoy 35 in the middle of the Bering Sea. The pressure graph does show a jump in pressure in March which fits with lows tracking farther to the south. More info is needed.

It’s the time of year that many Alaskans (and others) put down good money on when the ice will go out on the Tanana River at Nenana. There are many factors that go into when the nine-legged tripod will be carried away with the jumbled ice of breakup. Even if you can figure out all  the factors, you need to place your bet to the minute, a precision impossible even if you had a complete understanding of the processes. So most people buy a bunch of tickets, and then end up sharing any winnings with the many others who guessed the same minute. Hint: don’t guess April 31st. (some do!!). More info at the official NIC website and from the National Snow and Ice Data Center.

Mass exodus to warmer parts of the globe

While this phenomenon happens sporadically all winter, there is a spike in the number of Alaskans fleeing to Hawaii, Mexico, Arizona etc., corresponding to the local school’s Spring break. Here in Haines, the first ferry south to Juneau (and jet service to far flung destinations) after school is out for the week off is usually packed. This year, unfortunately, it was also cancelled due to high winds in Lynn Canal (some of those outflow winds I mentioned above.)

Back to the sunrise-sunset quirks

It’s not the equinox that shifts, it is our calendar. The equinoxes and solstices are the unchanging markers of the seasons, since the angle of the sun with respect to the earth’s axis of rotation (the poles) is what creates the seasons. Earlier cultures kept track of the sun and these seasonal markers with inventions such as Stonehenge, sundials, sextants etc. Calendars are convenient ways to keep track the seasons by simply counting the days.  The inconvenient part is that we want to count whole days, but a whole trip around the sun is not a whole number of days…it takes 365.25 days (approximately) to complete one orbit. Another way of putting it, is that at the end of our 365 day “year” we’re not quite back to the same point in the orbit. But we start the new year anyway. Since we start it early, the equinox comes a part of a day later than day counting would indicate.  You can see that with one or more partial day shifts it can shift to the next day (but remember it is the calendar shifting not the equinox). Older calendars got way out of whack because of this, but now we keep resetting it through a complicated system of leap days and even leap seconds. So the equinoxes and solstices appear to shift forward slowly until leap year, when they shift back abruptly. What day they land on also depends on your time zone. For the western hemisphere the Spring equinox rarely falls on the 21st, and probably never in Alaska due to our time zone. The other season markers come later in their months due to variations in month length. Check out the table below and also the Naval Observatory website for more info. [note:  days and times are on chart are in UTC (aka Greenwich Time, Z time etc)]

I’ll try to be brief since this is easier. It’s due to atmospheric refraction bending the sun’s light rays so they reach the earth sooner than they otherwise would. Therefore the day is longer than the simple geometry would predict. A standard value for refraction, usually around 1/2 degree, is built in to sunrise sunset predictions. With the strong temperature inversions in the arctic, the refraction is often much greater.

This also relates to the refraction (see previous answer), but adds another dimension. At higher latitudes the path of the sun makes a lower angle with the horizon as it rises or sets. This gives the atmospheric refraction a greater effect on the time of sunrise and sunset, because the same amount of refraction above the horizon translates to a longer path for the “displaced” sun to reach the horizon. The same geometry makes twilight longer in the north.

There are two factors that cause this:  one political and large, one natural and small. The first is the system of standard time zones used worldwide. Look back at the table of daylight near the top of the post. Fairbanks and Nome are about the same latitude, but the sun comes up and goes down much later in Nome. Of course it is because they are farther west and it just takes longer for the sun to get around there (the earth rotates at 4 minutes per degree of longitude). Again, it is a matter of our clocks shifting, not the sun. If you set the clock back an hour in Nome the would come up close to the same time as in Fairbanks. If you set it back two hours in Nome and one hour in Fairbanks they would both have sunsets close to what local time would give. It is the extra wide time zones we have here in Alaska that skews the clocks with respect to the sun out west, and daylight saving time, no matter how well intentioned, makes the problem worse.

Well, if we went back to using local time, meaning every location’s clocks set based on its longitude, the sunrise and sunset would be close but not exactly symmetrical with respect to noon. That’s because the earth’s orbit is not circular, but slightly elliptical, and consistent with Kepler’s Law, the speed of the earth varies with the distance from the sun. So the seasons and the days are slightly out of synch. This is described by astronomers by the equation of time. The sun appears to get ahead or behind the times by up to around 16 minutes a various times of the year.

If these orbital details don’t make your head swim you might want to check out my printed publication on the matter, the Global SunFinder.

What signs of Spring do you look for or most appreciate? As always, I invite you to use the response link to leave feedback, questions etc.